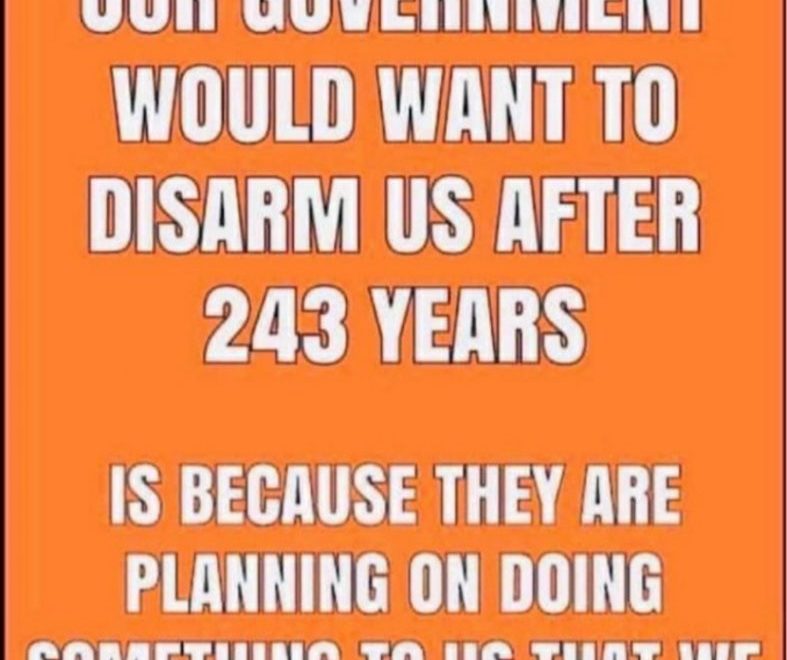 In my estimation an ‘all out’ gun confiscation push is underway. Why? Because the Left will lose their control of the Congress this Fall Election so they need to do it before they lose control.

They will pass draconian legislation hidden in whatever firearms legislation is passed. Has Obamacare gone away? No. Medical care is a train wreck but that’s another issue.

Legislation may be passed that will sound only infringing on gun rights, but will include regulatory authority that empowers federal agencies to extend it to all firearms. No further Congressional approval will be necessary. Total firearm confiscation will result. We will have a “Second Amendment” that is name only.

Matthew McConaughey is The Mouthpiece for the Left… or isn’t thinking straight.

First, he endorsed homosexuality two years ago saying he is. I don’t care if he is or is not or who he diddles who or how they do it as long as it’s private, not pedophilic and excludes animals and goats, on fire or not.

McConaughey has been part of creating an image catering to the public endorsing and bolstering ‘causes.’ All Leftist leaning in the end.

But I believe it’s really him and the process of him being groomed as a mouthpiece whose opinion will sway you to ban “Assault Rifles.”

Face it… he’s an excellent actor. A nice-looking guy who has a broad appeal and is popular as an “apple pie” American. However, McConaughey’s opinion is not one whose opinion means any more than yours or mine.

McConaughey, “America’s Heartthrob,” opinion will affect millions of Americans. People will tend to take his opinion to heart. “He’s a nice guy… he can’t be wrong! Just give a little!” Those on the fence will agree with him because of the Psychological Operations Principle this is based on.

There are more pressing issues causing these shootings and what about 38,600 innocent people killed last year in auto accidents? What’s the answer to auto deaths, take everyone’s car away?

Most actors have lost their identity by engrossing themselves in characters they play to the point they believe they are what they pretend to be. Most actors, some of them have publicly stated, don’t really know who the real person in them is. I feel sorry for the guy… McConaughey must no longer know his own mind. Or he is doing what he is told to do.

Then one year ago McConaughey stated something to the effect of “Gun control is simply a way to take your firearms” giving the impression that he was anti-gun control. Interesting. I don’t think I’ve watched one of his movies that didn’t have guns and killing.

Now McConaughey’s advocating banning “Assault Rifles.” Just a little at a time. What the government determines is a firearm that’s illegal and eventually you can’t have is another thing. Shotguns and pistols included. I’ve lived in countries that have done this… I’ve seen it. All firearms banned.

McConaughey says… “It’s an acceptable sacrifice!”  Just a little bit at a time, Folks, and soon they will have all.

This statement attributed to Benjamin Franklin went something like the following and is an whose opinion I do respect that McConaughey should think about.

“Those who would give up essential Liberty, to purchase a little temporary Safety, will soon have no liberty at all.”

You’ll be left with only your slingshot if these people have their way.

My argument for Gun Rights: what can happen if you don’t have firearms…You most likely didn’t hear about this on the news. I witnessed a massacre in Africa between rival tribes. We didn’t get their rampage stopped until the damage was done.

Centuries old tribal rivalries of “Someone from that tribe stole my cow or killed one of us or they made slaves of us 500 years ago.” Tribal rivalry is ingrained in their DNA even though you can’t tell the difference between the tribe unless you know their skin cut markings.

In this situation, one side had spears and bows trying to futilely defend their families in a village… and the other had automatic weapons. That ‘other side’ was composed of ‘tame terrorists’ who had surrendered to the government and were fighting alongside us. They kept their weapons and uniforms of Khaki jackets and blue jeans. STRICT gun control in that country! Communists terrorists had fled to and holed up in a village of a rival tribe.

The ‘tame terrorists’ (Mashona-orange dayglow patch on the hat in the photo of the one in the sweep line holding AKM) killed the Communists terrorists and then started killing the rival tribe members (Matabele). By the time we got the shooting stopped there were 206 Africans killed.

I watched a black policeman fingerprinting the dead, viciously kick a long dead villager. Inter-Tribal hatred. The policeman was apparently Mashona. I was traumatized from seeing all this and got stone drunk that night, as most everyone else in the Commando did. Men, women, old people, children, babies. Bodies everywhere riddled with holes. Madness! A ‘quiet’ massacre that a picture will always linger in my mind. Ask the souls of those dead what they think of Firearms Rights… more so the lack of them.

Since Americans are the only ones remaining in the world with firearms. If gun confiscation succeeds… expect quiet mass killings that few Americans will know about. THINK OF THE HATREDS BETWEEN AMERICANS NOW. Don’t be left with spears and bows.

If you’ve been in the military, you are a threat to them. If you are conservative, Christian, or just don’t like Communism, if you commented that internet censorship is bad, if you support the Constitution, if you’ve commented that “All lives matter!”

If you’re one of the former, whether you’re outspoken and oppose them or just stay home and mind your business… you will be removed. The ultimate in censorship. You and your words and thoughts are GONE. How!?

Read about what the Russians and Chinese did to people like you and me. EVEN THE INNOCENT WERE NOT IMMUNE TO THEIR ACTIONS. The Cambodian Communists killed One Fourth of their citizens!

THIS IS THE MOST IMPORTANT ISSUE FACING AMERICA TODAY… THE END OF INDIVIDUAL LIBERTIES.  I DON’T CARE IF YOU HAVE A FIREARM OR NOT… BUT YOUR RIGHT TO HAVE ONE IS WHAT MATTERS. 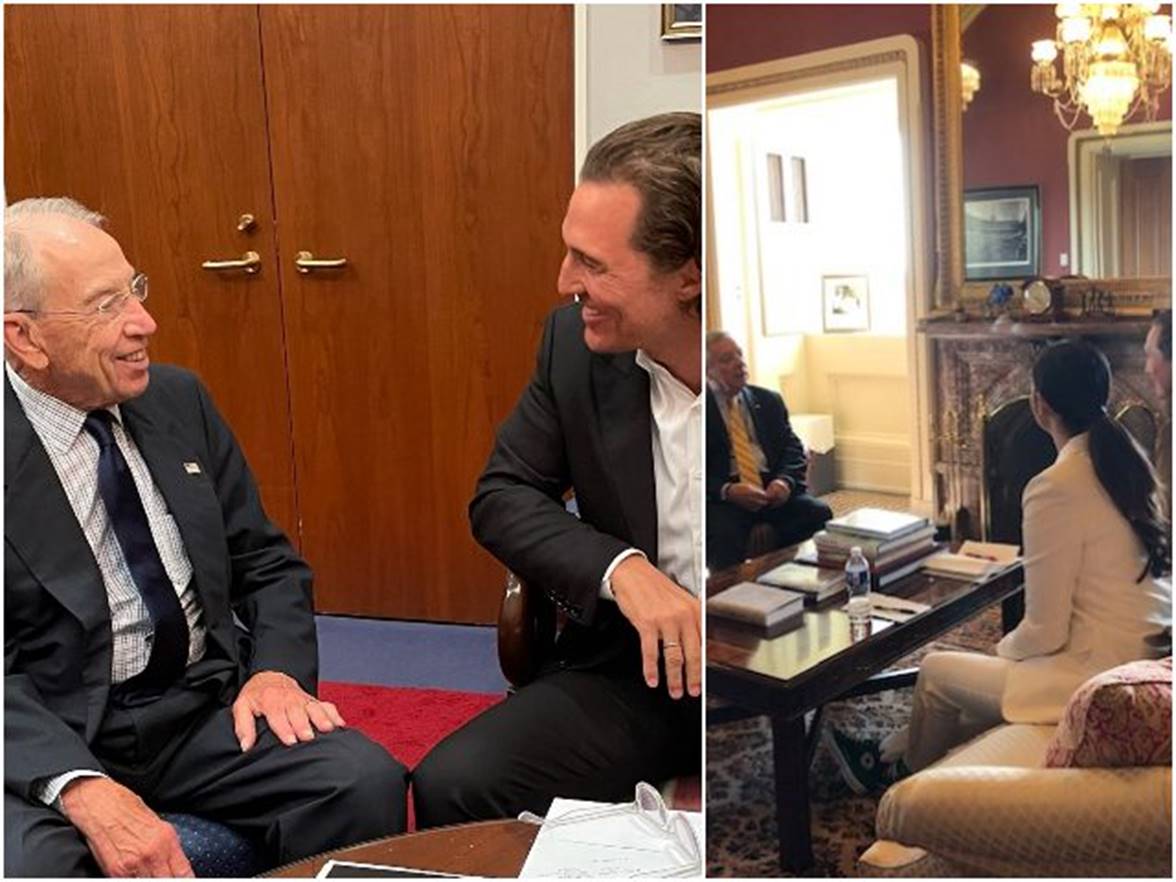 Author of “The Slaver’s Wheel”, “A Failure of Civility,” “And We Hide From The Devil,” “Civil Defense Manual” and “In Defense.”

WRITE THIS DOWN AND THEN REPEAT IT TO YOURSELF 3x/DAY AT MINIMUM:

“It is literally impossible for anyone who has even a basic grasp of history to believe that any government genuinely has the best interests of its people in mind at any time.” – Vox Day 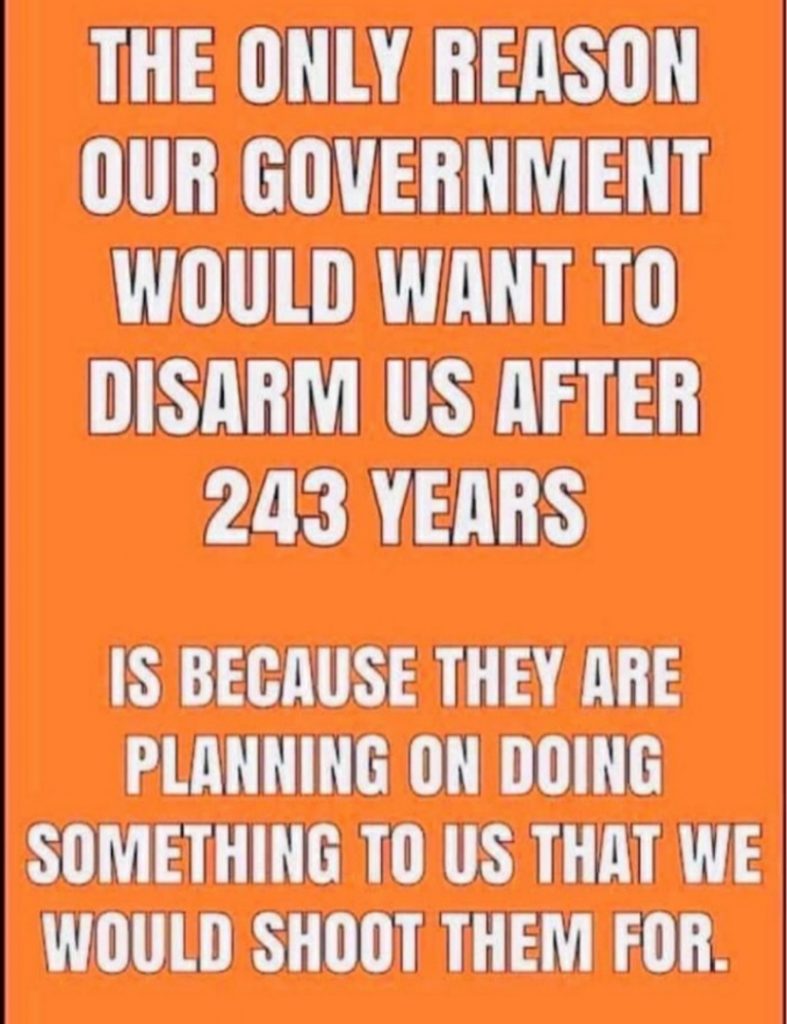 Sign Up for the Civil Defense Manual Newsletter at the bottom of this page or any page on the website.